Mel B: 'Fuller Could Get The Spice Girls Back Together For Olympics' 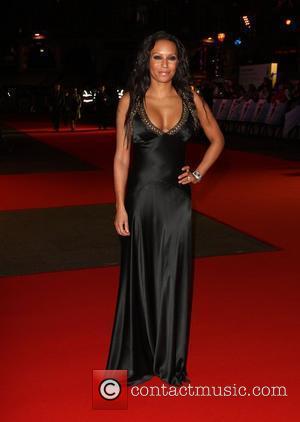 Picture: Melanie Brown aka Mel B UK film premiere of Michael Jackson's 'This Is It' held at the Odeon, Leicester Square - Arrivals London, England -...

Pop star MELANIE BROWN has given the thumbs up to plans for a one-off Spice Girls reunion at the 2012 Olympic Games in London.
The girlband's former manager Simon Fuller has confirmed he hopes to get Mel B, Victoria Beckham, Geri Halliwell, Melanie Chisholm and Emma Bunton back together for a big concert.
And Mel B is all set to get spicy one more time.
She says, "If anyone can pull this off Simon Fuller can. He is the best!"
Brown tells U.S. news show Access Hollywood, "I’m from the U.K. and I think it’s amazing the Olympics are gonna (sic) be in London and I look forward to being there with the girls."
On Monday, Fuller told the U.K. press, "They (Spice Girls) stand for so much in British music history and I can’t think of a better time for them to get back together for another performance. The demand for them as a band is as strong as ever."
The Girl Power group split again after completing a reunion tour last year (08), with Posh Spice Beckham vowing the band would never return to the stage.