Mel B is hoping to make a pop comeback and has enlisted Britney Spears producer Anthony Preston to help her in the studio. 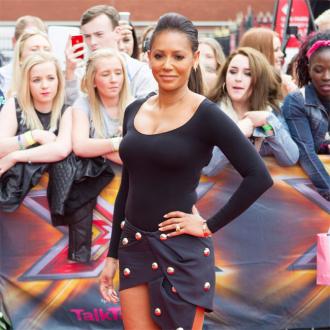 Mel B is hoping to make a pop comeback.

The former Spice Girl is recording new songs in a bid to rule the charts once again following her appointment as a judge on British reality TV show, 'The X Factor'.

Mel, 39, is working with producer Anthony Preston - who produced much of Britney Spears' last album 'Britney Jean' including hit song 'Work Bitch' - and hopes he will help her develop a bold new sound.

A source told The Sun newspaper: ''She's spent the past few weeks in the studio working on tracks and wants to make a big impact with a killer pop record for when 'X Factor' goes live. She knows Simon Cowell will feel forced to give her a performance slot on one of the Sunday shows.

''She wants to be out there in the music world once again and hopes it leads to a proper record deal.''

Mel released her first song in eight years last year, but the track - titled 'For Once in My Life' - didn't do well in the charts.

At the peak of her solo fame, the star reached number one on the UK singles chart with 'I Want You Back', featuring Missy Elliott, in 1998.