Mel B Parties With Eddie

Mel B and Eddie Murphy are reconciling thanks to help from Murphy's ex-wife, as they all attend the same party 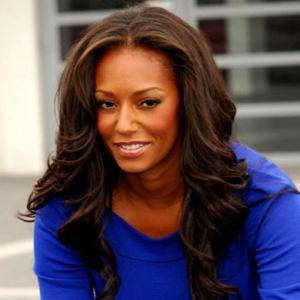 Mel B and Eddie Murphy are putting their feud behind them for the sake of their child.

The former lovers - who have a three-year-old daughter Angel Iris together - were both at a party at Eddie's Los Angeles house last week, much to the shock of fellow guests.

The meeting was seemingly the first step to Eddie playing a bigger part in Angel's life and was arranged by the actor's ex-wife Nicole Mitchell -who has six children with him.

An insider said: "Eddie's ex-wife Nicole helped them reconcile their issues. Angel is Eddie's youngest child, and Nicole wants her children to know her. That helped Eddie to come around and get past all the animosity he had towards Mel."

Mel attended the bash with her husband Stephen Belafonte and Angel, while another of Eddie's former girlfriends, Shaun Robinson, was also present. The Hollywood star's other seven children were also their.

Since the birth of Angel - who Eddie denied he was the father of until a paternity test proved otherwise - the pair have been embroiled in an ongoing dispute, with the former Spice Girl accusing the 'Meet Dave' star of not wanting anything to do with his daughter.

The insider added to the New York Daily News newspaper: "They've both said some really nasty things about each other to the press. So needless to say, some guests were shocked."