Mel B has revealed she is completely blind in her left eye so is planning ''life-changing'' cornea implant surgery to correct her sight. 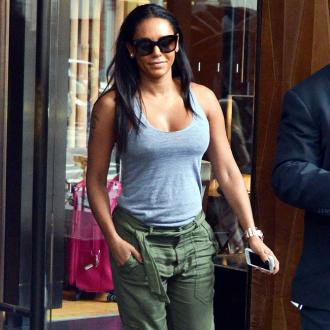 Mel B is planning ''life-changing'' surgery after revealing she is completely blind in her left eye.

The 39-year-old singer has previously spoken about issues with her eyes after laser surgery went wrong 15 years ago, but she is now planning to go under the knife to get a cornea implant to finally sort out her sight after confirming she cannot see anything out of one eye.

She said: ''The lasering went wrong so this will be totally life-changing. I can't see at all out of my left eye.''

As well as wanting to correct her vision, the mother-of-three - who has children, Phoenix, 15, from her former marriage to Jimmy Gulzar, Angel, seven, from her failed engagement to Eddie Murphy and three-year-old Madison with her husband Stephen Belafonte - wants to adopt a child with the businessman.

She explained: ''We've been talking about it for two years. I'm 40 next year, I want to have one more baby.''

Stephen - who also has 10-year-old daughter Giselle from a previous relationship - added: ''I think there are so many kids in the world that we could give a chance to.''

The couple - who married in Las Vegas in June 2007 - encourage their children to tell them anything and insist they won't be shocked by their actions because they have both experienced ''dark places'' in their lives.

In a joint interview with HELLO! magazine, Stephen said: ''Mel and I have known each other for a very long time and what we have just words.

''Bottom line is it's all about family. We're both very open with our kids. I like to think they can tell us anything and everything.

''We've both been through hard times, we've both been in dark places, we both remember what it's like to be young, so nothing shocks us and we're also both very positive about life.''