Mel B admits she and her husband keep their sex life active by playing naked board games. 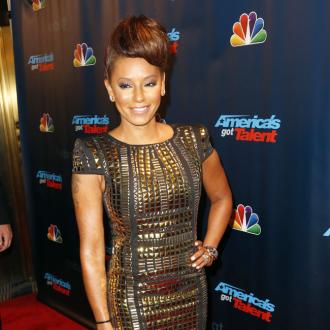 Mel B plays ''naked Twister'' with her husband.

The former Spice Girls singer, 39, admits she and her beau Stephen Belafonte, with whom she has three-year-old daughter Madison, boost their sex life by playing the physical board game without clothes on.

Speaking about what she and Stephen do when they have time to themselves, she told the Daily Mirror newspaper: ''There will be Twister - naked Twister!''

However, she admits their relationship isn't completely perfect and she quite often has therapy where she moans about Stephen, whom she married in 2007.

Mel, who also has daughters Phoenix, 16, and Angel, six, from previous relationships, explained: ''I have had therapy and I like it. Usually I b***h and moan about my husband. Silly things like he likes to sleep with the TV on but it keeps me awake. There is a debate every night. He ends up winning because he puts something on that I actually want to watch.''

Meanwhile, the brunette beauty admits she isn't the only member of the girl group to get up to raunchy antics in the bedroom as Emma Bunton and her partner Jade Jones also have an active sex life.

She said: ''You know Emma and Jade have been together for 15 years and do you know what she's wearing under there? Leather! They are friends and they fancy each other and love each other.''