Former Spice Girl Mel B postponed a crucial eye operation she was set to have at a hospital in Los Angeles. 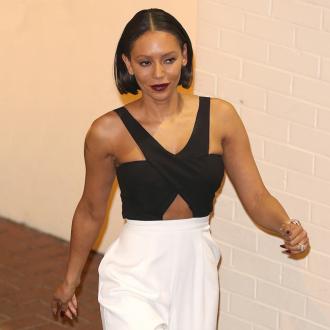 Mel B cancelled plans to have a crucial eye operation yesterday (20.12.14).

The former Spice Girl, who recently split from her husband of seven years Stephen Belafonte, was left blind in one eye when laser surgery she had 15 years ago to correct her vision went wrong and after waiting years to have the problem corrected, she opted to cancel the appointment at the last moment.

The 39-year-old star - who appeared as a judge during the 2014 series of 'The X Factor' - was required to undergo tests to check the transplant would work and book the specific eye surgeon at a Los Angeles hospital, the Mail on Sunday newspaper reports.

Mel spoke about the seriousness of the issue in an interview with Hello! Magazine.

She said: ''I can't see at all out of my left eye. The lasering went wrong so this (operation) will be totally life-changing.

''I had laser treatment done to correct (my eyes), but it started to reverse in one eye. It's scary.

''I'm going blind again. I had a bit of a nightmare. I was reading the autocue and then suddenly I realised that I couldn't see properly.''

Meanwhile, Mel's publicist said: ''She was due to have it (the operation) in LA this week.

''Mel talked about it in the Hello! interview and said she would have the operation as soon as she got back.

''But she hasn't returned to LA, she's still in the UK and she's had to postpone the surgery for now.''