Mel B waxed her husband Stephen Belafonte's ''privates'' but the procedure went wrong and tore off a huge patch of his skin. 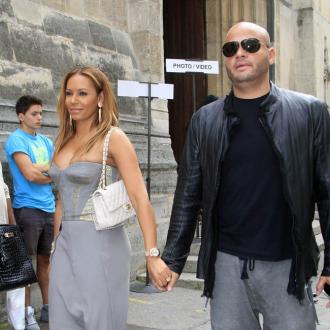 Mel B left her husband in agony when she waxed his ''privates''.

The former Spice Girl decided her spouse Stephen Belafonte's body hair needed a tidy up and convinced him to even let her work on his most intimate area.

However, Mel didn't follow the instructions properly and when she pulled the waxing strips off she ripped off a patch of skin leaving him in immense pain.

Stefan revealed: ''She said honey you know what I've got this great Australian lavender wax, she put it on my privates ... all of a sudden I look down and there's these massive clumps and it pulled my skin off, because she didn't put the powder on. I had to sit in a hot bathtub for 40 minutes to melt it off!''

Despite causing her husband so much pain, Mel found the beauty mishap hilarious.

In a joint interview on the Kyle & Jackie O Show on Australian radio station 2day FM, she said: ''I never laughed so much, it brought back my six pack from laughing so much! He was tortured for a minute.''

In the chat, Stephen also dished the dirt on his wife's worst habits and revealed she often goes to the toilet and doesn't flush properly leaving ''floating'' presents for him.

He also claims the Australian 'X Factor' judge grosses him out by farting in her sleep.

He said: ''Sometimes my wife drops the kids off to the pool and forgets they're there. She just leaves the kids in the pool floating and I have to flush ... You know you sleep so much, half the time you're farting and you don't even know it.''