Melanie Brown's Eye Infection That Left Her Partially Blinded In 2007 As She Rehearsed For A Reunion Tour With The Spice Girls Has Returned. 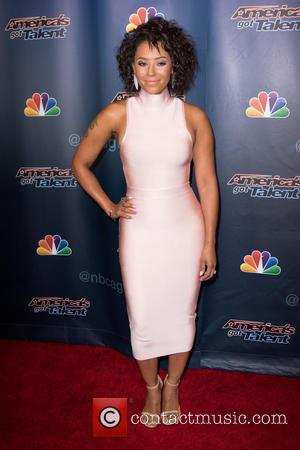 The pop star-turned-TV personality was forced to wear large sunglasses as she judged the first semi-final of reality TV show America's Got Talent in New York on Tuesday (01Sep15), prompting her panel sidekicks Howie Mandell and Howard Stern to poke fun at her.

When she suggested show favourites The Craig Lewis Band had not wowed her with their performance, her fellow judges urged her to take her glasses off, because she clearly did not see what they had witnessed from the act.

At the top of the show, Mel B explained she woke up with a bad eye infection, and she was not sure if she is contagious or not.

Germaphobe Mandell, who sits next to Brown, immediately left his seat and headed to the audience for safety.