Melanie Brown has teased her first music video in eight years, for a new song titled 'Once In My Life' from her forthcoming third solo album. 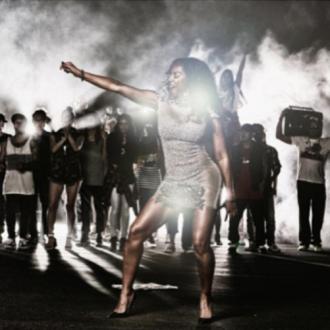 Mel B has teased her first music video in eight years.

The former Spice Girls star posted a photo from the steamy clip for her song 'Once In My Life', as a preview of her third solo album, the follow up to 2005's 'L.A. State Of Mind'.

The picture, which shows the 'America's Got Talent' judge dancing in a sexy silver dress, comes after she announced her new album during her appearance on the 'Ellen DeGeneres Show' last Friday (13.09.13) where she also hinted at a possible Spice Girls reunion.

The 38-year-old said she was keen to reprise her role as Scary Spice alongside bandmates Victoria Beckham, Geri Halliwell, Emma Bunton and Melanie Chisholm in ''the next two years''.

She said: ''I would love to, our diaries are all over the place. I'm going to make it happen one day... I'm hoping in the next year or two, when everybody has cleared their diary a little bit.''

The Spice Girls went their separate ways in 2000, but reformed for a tour in 2007 and then again for the London Olympics closing ceremony last year.