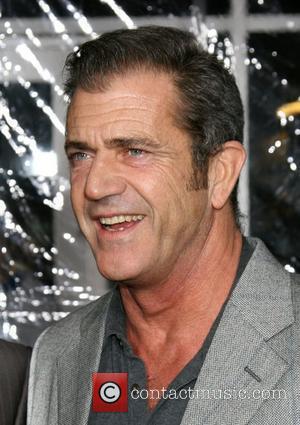 Mel Gibson is bracing himself for another controversy after a little-known actress has claimed the Hollywood star cheated on his wife with her 15 years ago.

DIANA ALOUISE has gone public with her affair in the pages of American tabloid NATIONAL ENQUIRER, claiming he had sex with her 20 times.

The actress alleges the devout Christian - who has seven children with wife ROBYN MOORE - was a wildman back in those days, and made love without any form of protection.

She says, "I think the man who made The Passion is a God-fearing, woman-respecting, faithful, moral man. But he's not the Mel Gibson I knew. That guy never even wore a cross."

The Enquirer decided to print Alouise's remarkable story after she passed a lie-detector test.

She claims she met Mel at a party in California in 1988 - during a phase when he was drinking heavily.

She says, "We'd had maybe eight beers and it was around 11 o'clock when he took me by the hand through the crowd into the ladies' bathroom. He locked the door."

The couple then reportedly started making love until the party's host insisted Alouise leave because she was "ruining" Mel's reputation. But Gibson insisted they left together and headed for his apartment.

Once there, Gibson put on a video of himself in Mad Max and the couple made love four times.

The romance lasted four months, but Aloise eventually refused to return his calls because she knew the affair was going nowhere.

She concludes, "He never once used a condom and he never once asked me if I could get pregnant... He was great in the sack.

"But it was clear he was never going to leave his wife and there was no future for us."