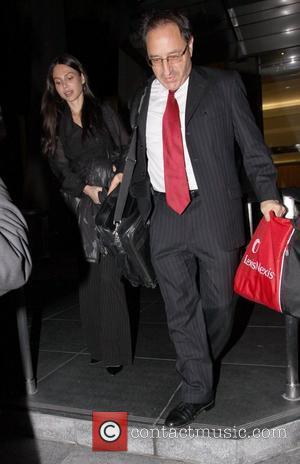 A paediatrician who examined Mel Gibson's daughter after a reported altercation with his ex-girlfriend OKSANA GRIGORIEVA has cast doubt over allegations the tot was injured in the fight, because the child showed no signs of harm.
The Braveheart star is currently locked in a bitter custody battle with Grigorieva amid claims he hit her during a heated argument in January (10).
The Russian singer told police she was holding baby Lucia at the time of the said assault, and the girl suffered a minor injury to her chin.
But Dr. Linda Nussbaum has denied seeing any evidence the child had been struck when she checked over little Lucia on 7 January (10), a day after the ex-couple's fall out.
According to TMZ.com, Grigorieva had taken her child to the doctor's surgery to check on a protrusion on Lucia's belly button, but failed to mention anything about the alleged injury to her face.
In a sworn court declaration, obtained by the website, Nussbaum says, "...I did not see any symptoms of trauma, abuse, bruising, redness or injury on her face, head or elsewhere on her body."
The doctor adds, "Ms. Grigorieva did not state to me that Lucia had suffered any trauma, abuse or injury of any kind."
Gibson and Grigorieva split in April (10).