Mel Gibson's estranged wife defended him in court yesterday (15.07.10), claiming he had never been abusive to her or their seven children during their 28-year marriage. 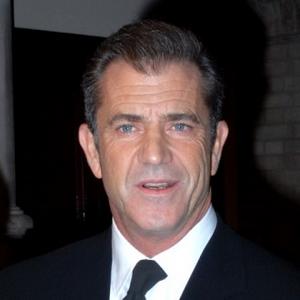 Robyn Moore Gibson - who married the actor in 1980, has seven children with him and filed for divorce in 2009 - reportedly supported her former spouse in the family court in Los Angeles by claiming he was never abusive to her in a hearing centred around the custody of Lucia, his eight-month-old daughter with ex-lover OKSANA GRIGORIEVA.

According to TMZ, a sworn statement from Robyn read: "Mel never engaged in any physical abuse of any kind toward me before, during or after our marriage."

In her testimony, Robyn also admitted he was "a wonderful and loving father" to their children throughout their time together.

This news comes after lawyers for Oksana - who claims the actor abused her - told the courtroom Mel is unfit to be a father and asked for her to take full custody of the tot.

However, it has been reported that the family law judge has left visitation and custody as it is for the time being, and has not reduced the 54-year-old star's access to his daughter.

Mel has been the focus of a number of explosive tapes in recent weeks, including one where he admits to hitting the Russian singer while she was holding their daughter Lucia when she was aged just two-months in January.

It has also been alleged Mel pulled a handgun on Oksana following an explosive row, in which he is believed to have broken her two front teeth and threatened her with a bat.

Two detectives who appeared at the courthouse yesterday revealed they were there to investigate allegations of child abuse.

Lawyers for both Mel and Oksana refused to comment after the hearing, and it is believed the pair were both absent from the courtroom.