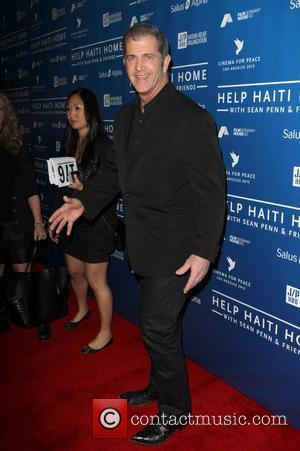 Mel Gibson has written an open letter to screenwriter Joe Eszterhas to insist the only reason he scrapped their movie collaboration was because the script wasn't up to standard.
The Braveheart legend teamed up with the Basic Instinct writer to work on an epic drama about Judah MACcabee, a Jew who led a revolt against the Seleucid Empire.
Their working relationship turned nasty in February (12) after Eszterhas sent in the first draft of his script to Gibson, and was later told by Warner Bros. bosses that they would not be going ahead with the project - prompting him to lash out at the star in a letter.
In the correspondence, obtained by The Wrap.com, he wrote, "I've come to the conclusion that you never had, or have, any intention of making a film about the MACcabees. I believe you announced the project with great fanfare - 'a Jewish Braveheart' - in an attempt to deflect continuing charges of anti-Semitism which have dogged you, charges which have crippled your career... I've come to the conclusion that the reason you won't make The MACcabees is the ugliest possible one. You hate Jews."
Gibson responded with his own open letter hours after Eszterhas' tirade appeared online on Wednesday (11Apr12), dismissing the accusations and insisting the project was shelved because Eszterhas' screenplay was not good enough.
In his letter, obtained by Tmz.com, he writes, "Contrary to your assertion that I was only developing MACcabees to burnish my tarnished reputation, I have been working on this project for over 10 years and it was publicly announced eight years ago. I absolutely want to make this movie; it’s just that neither Warner Brothers nor I want to make this movie based on your script.
"Honestly, Joe, not only was the script delivered later than you promised, both Warner Brothers and I were extraordinarily disappointed with the draft. In 25 years of script development I have never seen a more substandard first draft or a more significant waste of time. The decision not to proceed with you was based on the quality of your script, not on any other factor."
Gibson was famously accused of hurling anti-Semitic abuse at a police office after he was arrested for driving under the influence in 2006.