Mel Gibson reportedly emailed OKSANA GRIGORIEVA apologising for his behaviour and actions and admitted he was a ''f**king failure''. 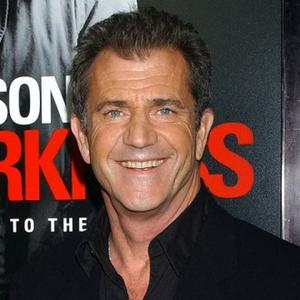 Mel Gibson told OKSANA GRIGORIEVA he is "a f**king failure".

According to TMZ.com, the actor - who has been accused of domestic violence against Oksana, the mother of his 11-month-old daughter Lucia - emailed his former partner to apologise for his behaviour towards her.

The morning after he allegedly attacked the 40-year- old Russian singer on January 6, 2010, damaging one of her teeth, Mel sent Oksana a message asking "How's your tooth?", followed by a second email an hour later stating: "I want to tell you how uspeakably sorry I am. (sic)"

In another email sent from the actor's iPhone on March 2, he wrote: "I really am losing my grip. I desperately need a solution. Sorry it has to affect you. I can't stand anything any more... I'm stuck.

"I try to be ok but it overpowers me & i'm something I don't want to be. It's a Primal Scream thing. The pain is too great & everywhere I turn is making it heavier. Oh to have peace! Oh to have joy. Oh to be able to provide it for another. I'm a f**king failure. (sic)"

Mel - who has accused his former lover of trying to extort money from him - admitted in another email on March 7, he was terrified of his "outbursts".

The 54-year-old star said: "I love you... I was terrified of where we were going & my outbursts & the potential for damage.

"I felt a high degree of agitation in you when u left tonight. I'm sorry. I guess I'm in a process of being torn down so I can rebuild."

Meanwhile, Mel's 'The Beaver' co-star Jodie Foster has spoken out about his problems, saying the actor is "struggling."

She said: "When you love a friend you don't abandon them when they are struggling. Of course, Mel is an undeniably gifted actor and director and 'The Beaver' is one of his most powerful and moving performances. But more importantly, he is and has been a true and loyal friend. I hope I can help him get through this dark moment."