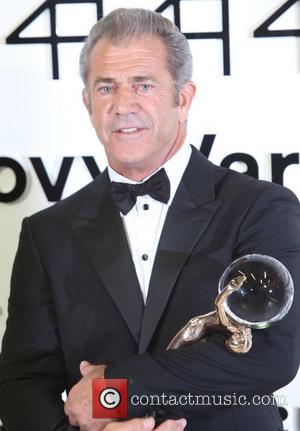 Gary Oldman rushing to the defence of Mel Gibson in the now infamous Playboy interview wasn’t exactly a smart decision.

But finally the ‘Braveheart’ actor has returned the favour by calling him a “good buy.”

Gibson further defends Oldman by just explaining that his words were simply taken out of context.

'These things happen,” the 58 year-old said in an interview with Variety. “As we all know… I have nothing much to say. The guy was probably just… He’s a good guy.”

Adding, “He’s fantastic. I know him. He’s a good dude…I didn’t even look too hard.”

The British star drew lots of criticism when seemingly making some anti-semitic remarks during in an interview with Playboy.

Oldman was attempting to defend the publically scrutinized actors Alec Baldwin and Mel Gibson against the "hypocrites," who criticised them after making controversial comments about Jews and gays.

During the controversial interview, the ‘Dawn of the Planet of the Apes’ actor spoke of the incident when Gibson shouted anti-Semitic remarks to a police officer who apprehended him during a DUI arrest in 2006.

"I don't know about Mel. He got drunk and said a few things, but we've all said those things," Oldman said. "We're all f-----g hypocrites. That's what I think about it. The policeman who arrested him has never used the word n----r or that fucking J--? I'm being brutally honest here. It's the hypocrisy of it that drives me crazy."

"Mel Gibson is in a town that's run by Jews and he said the wrong thing because he's actually bitten the hand that I guess has fed him-and doesn't need to feed him anymore because he's got enough dough," he added.

Oldman has since used an appearance on ‘Jimmy Kimmel Live!’ to apologise for his remarks about Mel Gibson's race row, explaining he "should know better". Oldman has since apologized for his anti-semetic remarks