Mel Gibson has landed a role in a movie about the creation of the Oxford English Dictionary, and will be joined by Sean Penn. 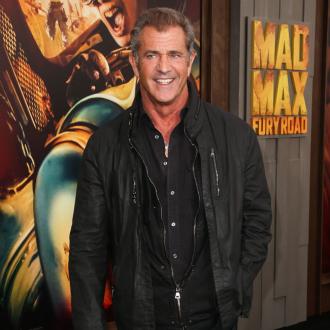 Mel Gibson has landed a role in a movie about the creation of the Oxford English Dictionary.

The 60-year-old actor is set to star alongside Sean Penn in the upcoming film, which has acquired the rights to Simon Winchester's 1998 book 'The Professor and the Madman' in 1998, and will have the backing of Voltage Pictures.

The upcoming production, which will be produced by Gibson's Icon, will see Gibson play the character Professor James Murray, who was the mastermind behind the dictionary and compiled the renowned book in 1857.

Whilst Penn is in talks to play Dr W.C. Minor, who submitted over ten thousand entries for the lexicon.

Meanwhile, the 'Braveheart' star was set to direct the forthcoming production, but swiftly handed over the project to Farhad Safinia, who has written the screenplay, although Todd Komarnicki and John Boorman had previously a drafted a script for the film.

Although a release date for the project has yet been confirmed, it is rumoured Voltage Pictures will be pitching the idea to potential buyers at the upcoming Toronto International Film Festival.

Meanwhile, the New York-born star is set to star in the sequel to the biblical blockbuster 'The Passion of Christ', which previously featured Jim Caviezel as the lead holy figure in the 2004 release.