OKSANA GRIGORIEVA has reportedly signed an agreement which means she is not entitled to any of Mel Gibson's money. 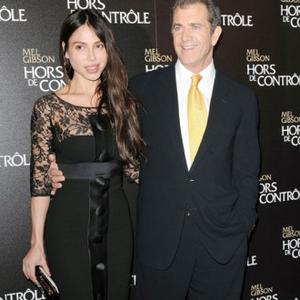 Mel Gibson's ex- girlfriend has reportedly signed an agreement preventing her from receiving any of his money.

OKSANA GRIGORIEVA put her signature to a cohabitation agreement - a legal contract for couples who are not married but are living together - when she was pregnant with the 'Lethal Weapon' star's baby last year, according to RadarOnline.com.

However, the Russian singer has also signed a contract which means Mel is financially responsible for the welfare of their eight-month-old daughter Lucia, although the millionaire actor is yet to cough up for his daughter.

Oksana said: "He is not paying me a penny. I am having to live on credit cards and borrowed money... It is not a good situation."

The couple - who met while Mel was still married to his wife of 28-years Robyn - split in April, and, since the separation, extracts from tapes have been revealed apparently revealing Mel being violent towards Oksana.

A tape recording from January allegedly reveals Oksana asking the 54-year-old actor what he is doing hitting her while she is carrying Lucia, who was born in October 2009.

To which the 'Braveheart' star answers: "You know what - you f***ing deserved it."

Mel has also been accused of breaking his former partner's teeth during another violent row.

Oksana is also said to be worried about how much time Mel gets to spend with his daughter - and is concerned about her safety while she is in his care.

Mel is now being investigated by the Los Angeles County Sheriff's Department over the domestic violence claims.