Sarah Silverman Made Mel Gibson Cover Charity Donation For Her 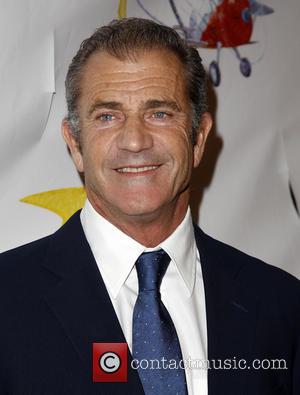 Actor Mel Gibson helped comedienne Sarah Silverman wriggle out of a $5,000 (£3,330) charity donation at a recent event in Los Angeles by covering the fee for her.

The Jewish funnywoman reveals she was coaxed into offering up the amount after her fellow comic and co-host Jim Gaffigan readily agreed to give $5,000 to the cause, prompting event organisers to turn to Silverman to score a similar contribution from her.

She reluctantly agreed, but jokingly claimed Gibson, who was seated in the front row, would pay off the debt for her - and she was stunned when he willingly opened up his cheque book.

Silverman jokes that Gibson's generosity is more than enough to forgive him for his infamous 2006 outburst, when he hurled rude remarks at a Jewish police officer during an arrest for driving under the influence.

She quipped, "So hey, he threw out a couple of anti-Semitic barbs... bygones!"

Silverman did not reveal the name of the event she was referring to, but she and Gaffigan were both performers at Jason Patric's inaugural Stand Up for Gus fundraiser earlier this month (Nov13), when Gibson was among the guests in the audience. The Braveheart star donated over $20,000 (£13,000) at the bash, which aimed to benefit fathers struggling to see their kids during nasty custody battles.