Review of The Sea Album by Melanie C

When the Spice Girls embarked on their solo careers the general consensus was that Melanie Chisholm was most likely 'to do a Robbie' and this was backed up by chart-topping singles and a top five album. Superstardom didn't follow though and following a stint in theatre she now returns with her fifth solo album, which will be supported by a couple of shows in December. 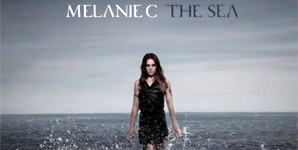 Thankfully for a woman closing in on 40 the artist formally known as Sporty Spice does not try to rekindle her music career with a manufactured pop sound, for 'The Sea' is what can be described as a mature sound. Unfortunately for Melanie it starts with a some rather ropey affairs - 'The Sea' epic in sound but timid in impression, 'Weak' instantly forgettable - but 'Think About It' is pleasant fun. The acoustic turn for 'One By One' doesn't pay off, but 'Stupid Game' is a rock-lite reason to pay attention again and 'All About You' is everything the opening title track failed to be. The quality of the record does tail off from this point, with 'Enemy' being an unnecessarily extended finale at over eight minutes, but this certainly won't be the worst record released by a Spice Girl and Chisholm proves herself to be capable of a decent tune not aimed at the teen market.