Former Spice Girls singer Mel C has criticised Rihanna for being too sexual in her videos and on stage for her young fans. 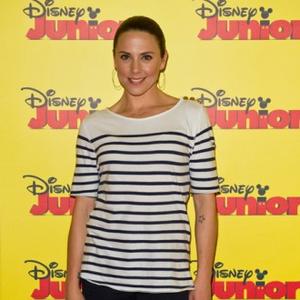 Mel C has blasted Rihanna for being too sexual in her videos and on stage.

The former Spice Girls singer - who has a two-year-old daughter Scarlet with boyfriend Thomas Starr - has grown increasingly concerned about "inappropriate" imagery in the music business and believes the 'California King Bed' hitmaker's behaviour is too graphic for her younger fans.

In an interview with the Daily Mirror newspaper, she said: "People have to take some responsibility because we've got to a point where the over-sexualisation of young children has gone too far. I think music is a big part of that. Women in music are extremely sexual and they have young fans. It is inappropriate.

"Rihanna has a responsibility and although culture's always changing, it's changed too much. It needs to be dealt with. It's reached saturation point, we owe it to our kids to protect them."

Mel believes Rihanna makes many of her X-rated artistic decisions - which have included her whipping reporters, dressing in a leather bikini and being tied up in her 'S&M' video, which was banned in 11 countries because of its sexual content - because she isn't a mother herself.

The 37-year-old singer - who is about to release her new solo album 'The Sea' - added: "I love Rihanna, I think she's a f***ing brilliant artist, with great songs, a great record and she looks fantastic ... but she's not a mum. Maybe if she becomes one she'll feel different. I hope so anyway."

Mel and her Spice Girls bandmates - Victoria Beckham, Geri Halliwell, Mel B and Emma Bunton - were criticised in the late 90s for being too sexual for their young fans, but the star insists they would always censor themselves if they felt something was wrong.

She said: "It's a long time ago since the Spice Girls were first together and we were criticised for being sexual. Yes we wore crop tops, look how much has changed, but we always sat down as a group and if somebody felt something was inappropriate for our young fans, we did something about it. I think that's something young people in the music industry today, like Rihanna, should do now."