Mel C would love to appear in a theater production on New York's broadway. 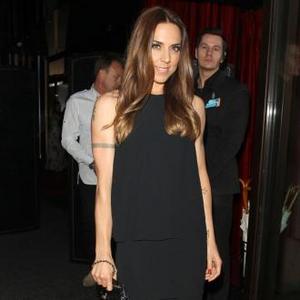 The Spice Girls singer - who is set to play Mary Magdalene in a UK touring production of 'Jesus Christ Superstar' - admits her future ambitions include tackling a stage role in New York's famous theater district.

She said: ''I'd love to get a live concert tour together.

''And I do have an ambition to work on Broadway in a musical. I'd love to play the role of Evita.

''But I also love my solo music so I'm hoping to write some more next year.''

Mel recently reunited with her Spice girls bandmates - Victoria Beckham, Mel B, Geri Halliwell and Emma Bunton - to perform at the closing ceremony of the London Olympics and the singer admits the group were ''petrified'' about the performance because it was the biggest show they had ever done.

She added in an interview with the Daily Mail newspaper: ''The band had rehearsed for a week-and-a-half but we were still absolutely petrified. The routine was quite technical, which added an element of danger.

''We still have a big fan base and we were determined not to let them down.

''There was a huge roar as we entered the Olympic stadium and that gave us an extra boost of adrenalin. We're not known for being particularly slick - in fact, shambolic is more like it. But it went perfectly.

''Performing at the closing ceremony was the biggest show of the Spice Girls' career. It was such an honour and a privilege to be invited to take part.''