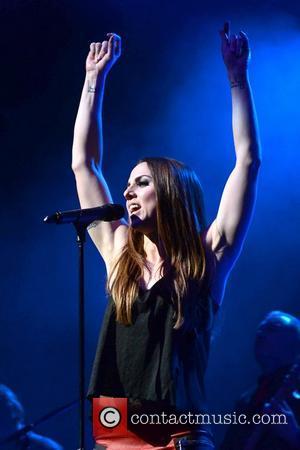 Former Spice Girl Melanie Chisholm and singer Jason Donovan will help Lord Andrew Lloyd Webber find his new Jesus Christ Superstar.
The theatre impresario announced earlier this year (12) he is launching a huge hunt to cast a new lead in the reboot of his hit 1970s stage spectacular.
The auditions will take place in a talent show on Britain's Itv and the winner will front the production as it embarks on a global tour next year (13).
Now it has been confirmed Chisholm, Australian performer Donovan and casting supremo David Grindrod will sit alongside Webber as judges on the show.
A statement from Webber says, "They will be using their unique arena and stage experience to help me narrow down my choices."
Chisholm writes on her Twitter.com page, "I am absolutely honoured to be working with Andrew Lloyd Webber, David Grindrod JDonOfficial and Itv1 The show is going to be incredible."
Donovan adds: "Working with the lovely David Grindrod Melanie C on Superstar Itv Some great talent out there... Enjoying the spotlight being on others."
Chisholm and Donovan have a wealth of stage experience - the former Spice Girl was nominated for an Olivier award for her portrayal of Mrs Johnstone in Blood Brothers, while the ex-Neighbours star has appeared in Joseph and the Amazing Technicolor Dreamcoat and The Rocky Horror Show.