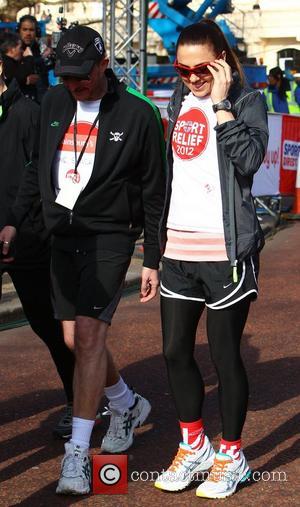 British pop star Melanie Chisholm has laughed off reports of in-fighting with former Spice Girls bandmate Melanie Brown.
The feisty singers were blamed for causing a delay in the upcoming Spice Girls musical, Viva Forever, after a series of bitter spats.
Editors at The New York Post reported the stars "just cannot agree on anything" and were enraging writer Jennifer Saunders with their bickering.
The story was subsequently picked up by U.K. tabloids, but on Tuesday (03Apr12) Chisholm took to her Twitter.com page to assure fans it's untrue.
In a message directed to Brown, she tweeted, "OfficialMelB Seen the nonsense in the Daily Mail today! Hilarious x"
Viva Forever, a stage spectacular inspired by the Spice Girls' music, is due to open in London's West End later this year (12).