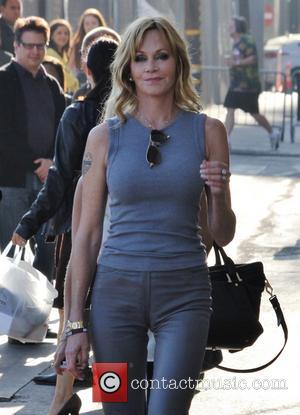 The Working Girl star tells WENN Caan approached her personally and asked her to consider playing his character's mother on the show, and she's hoping the role becomes a recurring one.

The Tv gig could not have come at a better time for Griffith, who admits she's struggling to find work in her 50s.

She adds, "I don't get offered a lot of movies. I just thought what would never happen when I was in my twenties and thirties hearing actresses b**ch about how they didn't get any work when they were 50, and now I understand it. Hollywood in a lot of ways is a very superficial place. For women it's all about youth and beauty.

"I don't even go to the movies these days because there's nothing to see. The big movies are all cartoons or superheroes. My husband has written a script for me but he's very busy. He's got a lot to do; he is Puss n' Boots, you know!"