Melanie Griffith has signed up to appear with Bryan Cranston in 'The Grief Tourist'. 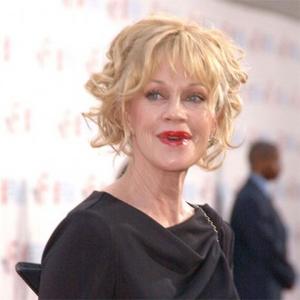 Melanie Griffith is to star in 'The Grief Tourist'.

The 53-year-old actress is taking on her first movie role since 2005's 'Heartless' to play an as-yet unspecified part in the movie, which follows Bryan Cranston's lead character and his unhealthy obsession with his serial killers.

As the lead character decides to retrace the Steps of some famous mass murderers in order to better understand them, his hobby suddenly takes a darker turn.

Suri Krishnamma is to direct the movie from a script penned by 'BAND OF BROTHERS' writer Frank John Hughes.

Co-producer Michael Cudlitz will also star in the movie.

Although Melanie's most recent role was as recurring character Brandie Henry in medical drama series 'Nip/Tuck', she is preparing for a big screen return with several projects in development.

The 'Working Girl' star is currently filming 'Yellow' and is also attached to co-star with Nick Nolte in 'At 2.15'.