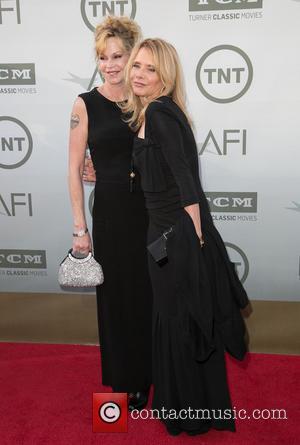 Hollywood actress Melanie Griffith has been spotted still wearing her wedding ring as she stepped out in public for the first time since confirming her split from Antonio Banderas.

The couple has parted ways after 18 years together and Griffith filed for divorce in Los Angeles on Friday (06Jun14).

They subsequently released a statement insisting the split is amicable, saying, "We have thoughtfully and consensually decided to finalise our almost twenty years marriage in a loving and friendly manner honouring and respecting each other, our family and friends and the beautiful time we have spent together."

Griffith has now been spotted in public for the first time since the divorce news, and she was still wearing her wedding ring when she was snapped in Los Angeles this week (beg09Jun14).