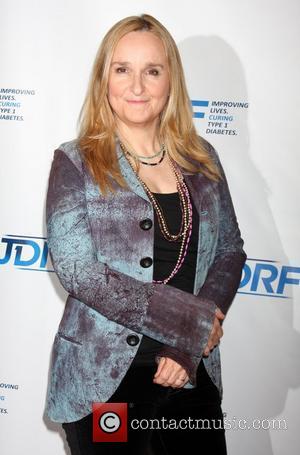 Melissa Etheridge has agreed to share her music royalties with her ex-girlfriend as part of their settlement agreement.
The singer had been locked in a bitter split battle with actress Tammy Lynn Michaels until they finally reached a deal at a court-ordered mediation meeting last month (May12).
According to the newly released agreement, obtained by Tmz.com, Etheridge will share 50 per cent of the royalties from her album The Awakening with her former domestic partner.
Michaels will also receive 50 per cent of the royalties from individual sales of songs from the 2007 release.
The Come To My Window hitmaker, who announced her split from Michaels in 2010, will keep the couple's property in Arizona, California and Arkansas.