Rocker Melissa Etheridge Performed For Inmates At A Women's Prison In Ohio On Wednesday (07oct15). 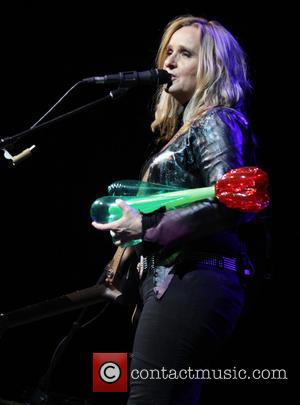 The singer/songwriter had an audience of around 2,300 inmates in the recreation field at the Ohio Reformatory for Women in Marysville.

Melissa decided to put on the five-song show after seeing a video of a group of prisoners, who were taking part in an addiction therapy scheme, singing her hit A Little Bit of Me.

"It was such an amazing experience to see women behind bars take a song that talks about the sameness in each of us and sing it at the top of their lungs," she told The Columbus Dispatch.

"It just warmed my heart; it let me know that there's a special place here that maybe I can be of more service to someone."

During the gig, she told the crowd, "You can change the world... and I want to inspire you to do that. I want to fill you with that... I think I've got to write a song about you guys!"

Melissa ended the show with A Little Bit of Me and invited the singers who filmed the video onto the stage to perform it with her.