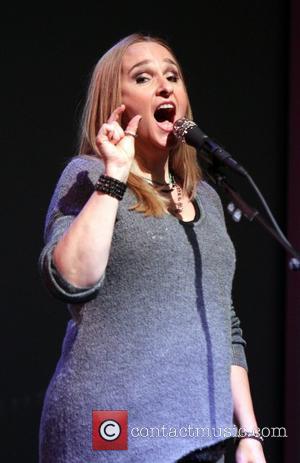 Singer Melissa Etheridge performed a special song written for Broadway theatre mogul Jordan Roth when he married his partner in New York on Saturday (08Sep12).
The theatre owner wed producer Richie Jackson on stage at the Al Hirschfeld Theatre in Manhattan in front of a star-studded crowd including Tyra Banks, David Geffen and Donald Trump.
After the Jewish ceremony, the reception took place at the Roseland Ballroom and Etheridge surprised guests by taking over the microphone to perform a song she wrote in honour of the happy couple.
A source tells New York Post gossip column Page Six, "Melissa Etheridge surprised the crowd with an original song that she wrote about Jordan and Richie."
Other guests at the reception included actress Edie Falco and former Will & Grace star Sean Hayes.