By Victoria Pavlova in Lifestyle / Showbiz on 26 April 2013

The bride walked down the isle in an intimate, low-key ceremony.

There was dancing and there were stars – of the literal kind – as former Dancing with the Stars contestant Melissa Gilbert got hitched to Thirtysomething actor Timothy Bushfield on Wednesday, April 24. The couple opted for an intimate ceremony. The pair tied the knot "in a private ceremony at San Ysidro Ranch in Santa Barbara on April 24," Gilbert's rep confirms to People Magazine.

Gilbert (48) is probably best known for her role on “Little House On The Prairie”. Her beau has some impressive TV credentials as well, having appeared on Blue Bloods, Law & Order and The West Wing. Gilbert and 55-year-old Bushfield broke the news of their engagement back in December and, after just six months, the pair have opted to tied the knot. Both have been married twice before, but they say third time’s the charm, right? Gilbert is also a mother of two, while Bushfield has three children from previous marriages.

Gilbert opted out of the traditional white gown and instead went for a red number with a classic cut – a perfect complement to the warm spring night of the wedding. This isn’t the first high profile event, held at Ysidro Ranch. Over the years, the luxury hotel has played host to a number of celebs, from Drew Barrymore and Will Kopelman, who had their rehearsal dinner there, to Hillary Duff, who chose the place for her wedding night.

By Contributor in Lifestyle / Showbiz on 25 April 2013

Melissa Gilbert's wedding took place this week. Congratulations to the Dancing With The Stars alumni after she tied the knot with her fiancé Timothy Busfield at an intimate, private ceremony at at San Ysidro Ranch in Santa Barbara. The event took place last night (April 24, 2013) and, with its being a closely-guarded affair, details are scarce, though a rep for Gilbert did confirm to People that she wore red. Lovely.

These two are well versed in love and marriage, and even parenthood. Both of them have been married twice before, with Gibert the mother of two children; Busfield, meanwhile, has three. The pair got engaged over the Christmas holidays. It’s something of a fashion for Hollywood stars to get married or celebrate their union at the San Ysidro spot in Santa Barbara. The newly wed couple can join a pretty distinguished list of past guests. The location has been the scene of a number of a number of event, including Drew Barrymore and Will Kopelman spending their rehearsal dinner there, while Hilary Duff and Mike Comrie stayed thereon their wedding night.

It doesn’t look like Gilbert has too much on her schedule at the moment either, so it looks like the pair are set to enjoy plenty of marital bliss for the rest of 2013. Aww. 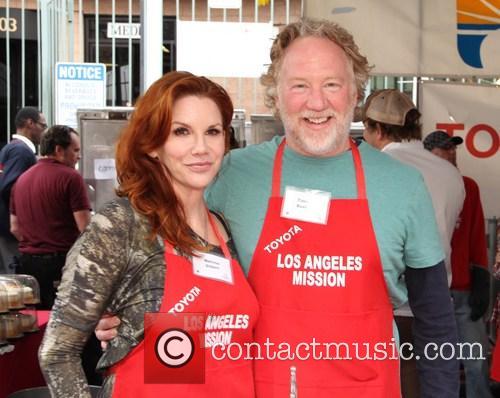 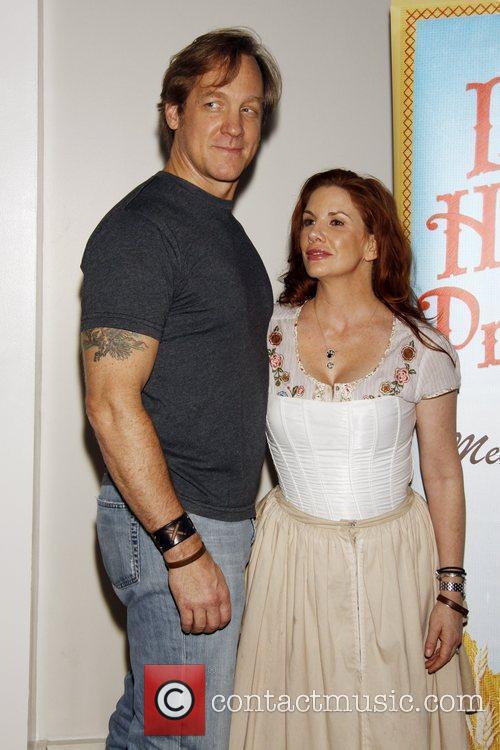 Lisa Picard is a struggling New York actress who has had her 15 minutes and just doesn't realize it yet. She starred in a rather carnal breakfast-in-bed commercial for Wheat Chex that made her notorious and got her fired from her steady job playing "Sally Starfish" in a production that tours elementary schools.

"If the director's cut could be seen, this would be a non-issue," she grouses in "Lisa Picard Is Famous" -- an inept documentary by an under-prepared filmmaker who has decided this starlet is on the verge of being discovered and he's determined to capture the moment when it happens.

In actuality, "Lisa Picard Is Famous" is a mock documentary by actor-director Griffin Dunne ("Practical Magic," "Addicted to Love") -- and a whimsically sardonic concept that just doesn't quite congeal because the movie is more uncomfortable than it is funny.