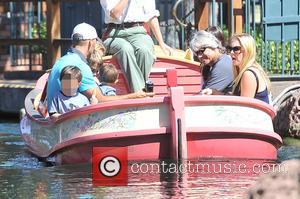 Actress Melissa Joan Hart will always be grateful to her agent mum because she kept the former child star away from roles that would have ended her career early.

Paula Hart was nicknamed the Dragon Lady by bosses at Nickelodeon when Hart was one of their big stars because she refused to let them transform her daughter into something she wasn't, and the actress is now glad she had such a tough woman behind her.

She says, "We're crazy about each other... We're best friends... I was getting parts that weren't appropriate for my fan base, for my age and she kept me away from all that.

"I know there's a Nickelodeon book out right now that calls her the Dragon Lady... She wouldn't let them pluck my eyebrows or put mascara on... When she came down (to set) it was like, 'What are you doing? No, you can't do that to my daughter'. They didn't like that."