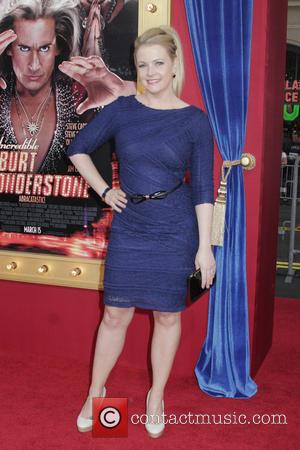 She starred in Sabrina The Teenage Witch and Clarissa Explains it all, now Melissa Joan Hart’s going to be explaining how you can magically lose wait by following the advice and dieting tips of health company Nutrisystem!

In a statement by the company, they confirmed the 36 year-old actress as their newest spokesperson, enthusing that they were "thrilled to be helping and working with Melissa,” according Entertainment Today. "She mirrors our values and will resonate with our customers as authentic. Moving forward, you'll see us have an appropriate mix of inspiring celebrities and real life customers who have also enjoyed success," the statement said.

With nothing much coming up on her schedule, Hart also seemed understandably excited about getting involved with the company, who specialize in dietary plans and products. "I love working with Nutrisystem. The program is really delivering results for me and I look forward to long term success, staying motivated and helping others do the same” she commented . Currently Hart’s only ongoing concern acting-wise is the third season of Melissa & Joey. ABC announced last summer they would renew the series, though its future beyond that of course relies entirely on how the ratings go for it over the next few weeks. She hasn’t had a film role in a good couple of years. Melissa Joan Hart is the new face of Nutrisystem