Melissa McCarthy's eight-year-old daughter Vivian already has an eye for fashion as she designed the cute little Le Meow cat that featured in the star's Seven7 range last year. 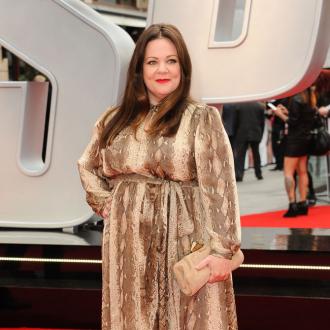 The 45-year-old actress has admitted her oldest daughter Vivian certainly has an eye for fashion as one of her designs - the cute little 'Le Meow' ca - was featured on a jumper.

Speaking to PEOPLE.com, she said: ''My daughter Vivie drew that cat last year saying 'Le Meow.' Because, she explained, 'everyone should have a fancy cat.'

''I can't even think of what I'll do when I see someone on the street wearing it. And when Vivie sees it? I'd better be standing next to her to watch her little heart fill up.''

The 'Spy' star, who also has five-year-old daughter Georgette with her husband Ben Falcone, decided to start up her clothing line after she started to feel like getting dressed up every day was turning into a 'chore.'

She explained: ''It [getting dressed] had become a daily reminder of all of my imperfections. For the first time in my life it had stopped bringing me joy.''

She added: ''I've been every size under the rainbow, and my sense of style never left me, but my options did. I created a fashion line that is for all sizes.''