Melissa McCarthy Got Refused By Top Designers To Make Oscar Dress: "They All Said No"

The 43 year-old actress was inspired to start her own plus-size clothing line after she couldn't get a top designer to create a red carpet dress due to her slightly larger size. 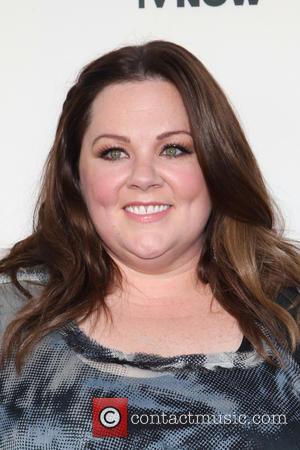 One of the most important elements of the Academy-Awards is who is wearing what.

However, it doesn't take a top designer to look the bee's knees while walking the red carpet, just ask Melissa McCarthy.

The comedic actress, who doesn't have your average female Hollywood body figure, recently revealed that several designers refused to make a dress in her size for the Oscars.

Despite this, she still managed to look beautiful when arriving at the prestigious ceremony.

"Two Oscars ago, I couldn't find anybody to do a dress for me," the 43 year-old star told Redbook in the July cover story. "I asked five or six designers, very high-level ones who make lots of dresses for people, and they all said no."

But instead of feeling sorry for herself, McCarthy was inspired to create her own clothing line, specializing for plus-size women. "When I go shopping, most of the time I'm disappointed," she explained.

McCarthy never seems to let herself get down, and this may be due to her "great marriage" with Ben Falcone, who played the air marshal in 'Bridesmaids.'

"Success doesn't define us, even though we love what we do," she said of their relationship. "The important thing is our family and kids."

'The Heat' actress and Falcone, her husband of nine years, are parents to two children, Georgette, 3, and Vivian, 6. But even though they are still at a young age, McCartney doesn't shy away from teaching them the reality of being famous.

"She asked me, 'Are you famous?'" McCarthy said of Vivian. "Famous doesn't mean anything. Just because people know my face doesn't mean they know us or that it makes us any more interesting or better."

While reflecting back on her career, the 'This Is 40' actress now believes that it was a good thing she found fame and success at a later age than many other stars.

MORE: Melissa Mccarthy: 'I Wanted To Be A Drag Queen'

"I see teenagers or people who are 21 and think, 'I was an idiot at that age,'" she said. "I was running around New York like a crazy woman. Thank God I only had three-and-a-half cents to my name. I was too immature to handle success then."