‘Tammy’ Has All The Makings Of A Hilarious Hit, So Why Aren’t Critics Impressed?

Were all the best 'Tammy' lines used up in the trailer? 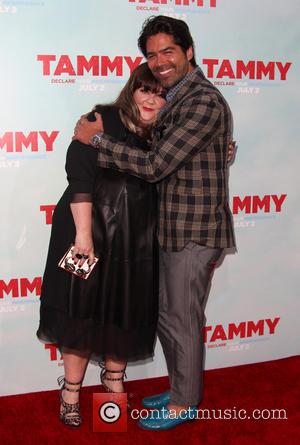 It's nearly July 4th which means at least one thing: Melissa McCarthy's new comedy Tammy is being released this weekend. The hilarious trailer for the movie gives a glimpse into the hijinks of McCarthy's titular "heroine" as she is forced to turn to crime to get herself out of a pickle.

The Bridesmaids actress finally takes centre stage in her own comedy, which is directed by her husband Ben Falcone. After somehow managing to pull off an unlikely robbery at a fast foopd restaurant, the now-fugitive Tammy hits the road with her grandmother (Susan Sarandon) and heads to Niagara Falls. However, the pair must work hard to evade the police, getting caught up in many hilariously outrageous situations along the way.

Early critics have had chance to mull over the movie, and unfortunately for Melissa, Tammy hasn't been given a clean bill of health. Describing the film as an "unfortunate, though ambitious and intermittently enjoyable, misfire," the AP's Jocelyn Noveck fails to be immersed in the movie structure of Tammy, saying "Other recent comedies have been described as elongated "Saturday Night Live" skits, but it's especially apt here.

"Exaggerated characters, some wacky side plots, a couple of famous faces sprinkled in, and you're off. Some of it's good, some terrible, but you keep it all, 'cause, hey, why not? It's a comedy sketch," the critic adds.

More: Susan Sarandon's "glow" had to be dimmed to play Melissa McCarthy's grandmother.

"Tammy has the effect of a shoddily manufactured firecracker that weakly goes off in your hands - leaving no permanent damage, just a bitter memory," says TIME's Richard Corliss. Citing a weak script, poor characterisation and a lack of jokes, he decides "Tammy plays like 95 minutes of rejected footage from a real movie."

THR's Todd McCarthy isn't any more optimistic, writing "the film progresses from merely unfunny to unconvincing to dull. It's a waste of a good cast as well as a serious trip wire for McCarthy, who may know what's best for her talents but, on the evidence, needs a deft-handed outsider to make sure she's maximizing them."

Variety critic Justin Chang notes the disparity between the movie's seemingly sound comedy set-up and its lack of delivery in the laugh department. "A compassionate look at midlife malaise and cross-generational female bonding [...] turns out to be more admirable in theory than enjoyable in the execution by the end of this middling misfire."

Maybe we'll just have to watch the trailer on repeat for two hours then... Tammy will be released on the 4th July.