Continue reading: George Lucas' New Wife Mellody Hobson Is A Success In Her Own Right

George Lucas, the creator of Star Wars and Indiana Jones tied the knot with his girlfriend of seven years, Mellody Hobson. According to sources speaking with People magazine, the wedding took place on Saturday (22nd June) in California's Marin County at Lucas' 4,700 acre Skywalker Ranch. Amongst other guests, the wedding was attended by fellow director Ron Howard and actor Samuel L. Jackson, who plays Jedi Mace Windu in Lucas' Star Wars franchise.

Both guests publically displayed their excitement for Lucas' wedding, with Howard tweeting "George Lucas Melody Hobson wedding was joy to behold Bill Moyers service was beautiful, nothing short of profound. Congrats Mr&Mrs Lucas" and Jackson similarly enthusing: "Let's give a Galactic shout out to Master George Lucas & his Bride Melodie on This their WEDDING DAY!!"

Engaged since January 2013, Hobson, 44, met Lucas, 69, at a business conference in 2006 and have been dating ever since. She heads Ariel Investments - an investment management firm - whilst also chairing the board at Dreamworks Animation SKG Inc., and a director of Groupon, Inc., Starbucks Corporation and The Estée Lauder Companies Inc.

George Lucas is set to marry after announcing his engagement to DreamWorks chairwoman Mellody Hobson via his production company Lucasfilm Limited.

The 'Star Wars' creator, 68, has been dating girlfriend Mellody, who is 25 years his junior, for seven years and are now finally planning to tie the knot. He took to Twitter to express his gratitude at the congratulating messages he has received from friends and fans alike. "Thank you for all of your kind messages regarding my engagement. I find them both touching and meaningful", he wrote.

Lucas, while being best known for his work on the seminal 'Star Wars' franchise, was also responsible for producing the 'Indiana Jones' movies which starred Harrison Ford as well as fantasy flicks 'Willow' starring Warwick Davies and 'Labyrinth' starring David Bowie. He has previously been married to movie editor Marcia Lou Griffin with whom he stayed with for 14 years before divorcing in 1983 two years after adopting their first daughter Amanda. Since then, he adopted two other children, Katie and Jett, as well as having a relationship with singer Linda Ronstadt. Mellody has never previously been married and has no children.

Continue reading: George Lucas Thanks Fans For 'Kind Messages' As He Is Set To Wed Long Term Girlfriend Mellody Hobson

Star Wars Creator George Lucas Engaged To Mellody Hobson: Who Is She?

Stars Wars creator George Lucas, who recently sold his company LucasFilm to Disney, is to marry his long-time girlfriend Mellody Hobson, it was reported on Thursday (January 3, 2013).

According to Reuters, no date or location has been set for the nuptials, though it will be the legendary producer and director's second marriage, after he tied the knot to film editor Marcia Lucas in 1969.

Hobson, 43, holds a pretty high profile job in the film industry too. She serves on the board of directors for Hollywood studio Dreamworks Animation, as well as for cosmetics company Estee Lauder, coffee-house chain Starbucks Corp and internet company Groupon. Basically she's in charge of everything. 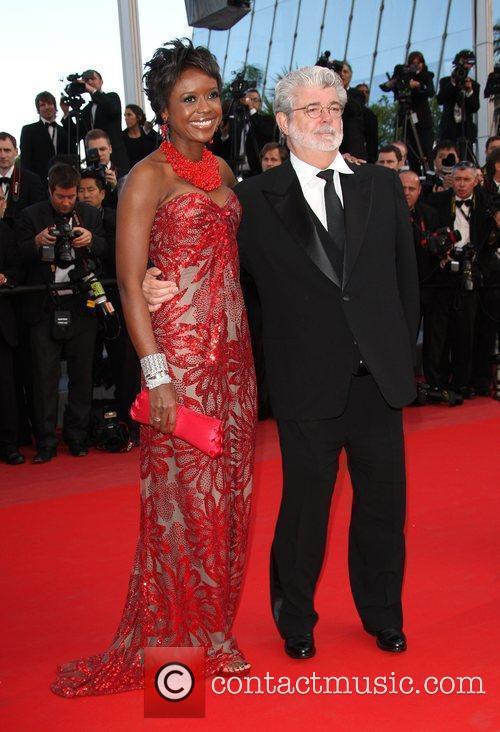 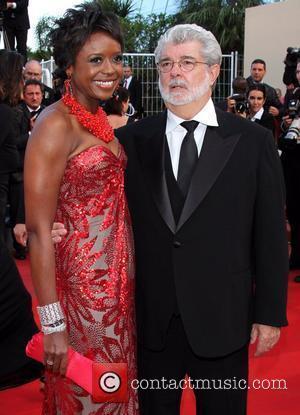