Mexican filmmaker Alejandro Gonzalez Inarritu continues to reject traditional narrative structures with this whizzy, ambitious exploration of celebrity, art and commerce. And the clever casting of Michael Keaton adds another layer of meaning to the whole film, which is shot as one long wildly entertaining single take and pointedly subtitled "The Unexpected Virtue of Ignorance". Blackly hilarious and darkly emotional, this is an exploration of how show business can push a person to the brink of madness. And maybe knock them over the edge.

Keaton stars as Riggan, once a top movie star known for his three Birdman blockbusters. But he hasn't done anything notable since, and is now trying to reboot his career by directing, adapting and starring in a Broadway play based on a Raymond Chandler story. The problem is that no one will let him escape from the iconic superhero character he's best known for, least of all Birdman himself, who mentally haunts and taunts Riggan at every turn. Meanwhile in the theatre, Riggan locks horns with costar Mike (Edward Nortan), a controlling show-off brought in at the request of lead actress Lesley (Naomi Watts). As opening night approaches, Riggan and his producer-friend Jake (Zach Galifianakis) are also struggling with the demands of high-maintenance costar Laura (Andrea Riseborough), plus distractions from Riggan's daughter-assistant (Emma Stone) and ex-wife (Amy Ryan).

Inarritu and ace cinematographer Emmanuel Lubezki tell this story as if it's one continuous snaky shot with the camera following Riggan through the maze-like backstage corridors, into the theatre and out into nearby Times Square streets. The virtuoso filmmaking is simply breathtaking, and it works perfectly because all of the characters are packed with pungent details and fully developed inner lives. The actors find all kinds of quirks that are both hilarious and darkly thoughtful, creating jagged interaction as they cross paths with each other, sparring riotously for attention. Every scene bristles with startling revelations and barbed jabs at the Hollywood system.

Riggan Thomas (Michael Keeton) is faced with a serious problem. In an attempt to make himself appear relevant in the new world following his role as television superhero Birdman twenty years ago, he has written a stage adaptation of sixty-year-old book. But his problem is, that the actor hired to star in the production has dropped out. The plays producer, Jake (Zach Galifianakis) is in the process of explaining how much trouble they are in, when Lesley (Naomi Watts) explains that her lover, the famous Mike Shiner (Edward Norton) is ready and willing to step into the role.

20 years ago, Riggan Thomas (Michael Keaton) played the iconic Birdman - a comic book hero for the big screen. Having watched his career dissolve in the intervening years, Riggan has adapted a Raymond Carver's What We Talk About When We Talk About Love and intends to direct and star in it as part of his big come back. In an attempt to show the world that he still matters, he ends up struggling most of all to prove his worth to both himself and his family. As troubles begin to emerge in the run up to the opening night, Thomas becomes haunted by his early fame, manifesting as a Birdman alter ego.

Riggan Thompson used to be a major movie star having played a much-loved onscreen superhero, Birdman, in his more prolific years. However, he's starting to believe he was just a one trick pony as he struggles desperately to get his Broadway debut underway having just written his first play. Things just don't seem to be going right for Riggin, however, when everything surrounding the production begins to fall apart and he has to cast a younger and cockier actor for the main role - a man he utterly abhors and feels he simply cannot work with. Not only that, but his personal life is also taking a massive blow and he must find a way to reconnect with his family so that, maybe, he can re-discover himself along the way.

Watch the trailer for Greenberg 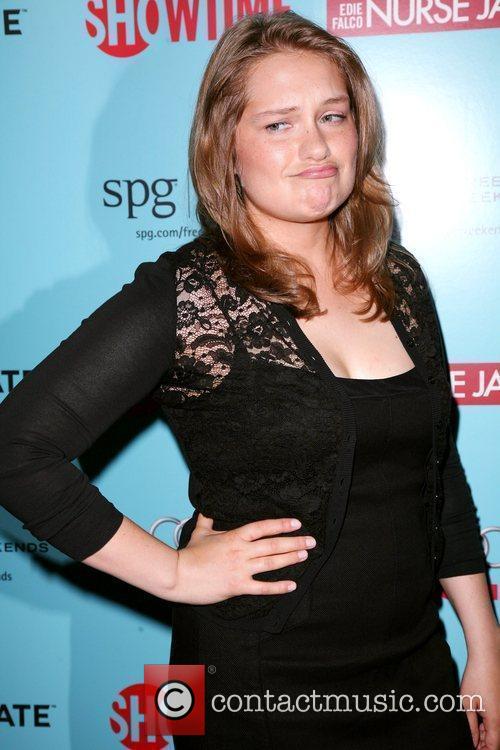 A Hole In One Review

By Nicholas Schager
OK
Quirky to the point of irritation, Richard Ledes' A Hole in One trades in inventive oddities at the expense of dealing with human emotion. A surrealistic period piece about humanity's hunger for quick-fix solutions to its complex problems, this romantic fable about insanity and brain incisions knows a thing or two about mood. From its title sequence of disembodied skulls, penetrating lances, and scraggly tree silhouettes to its non-linear narrative and ethereal dream imagery, Ledes creates an atmosphere of contemplative, quixotic fantasy. The problem, however, is one of forced weirdness. Its deliberate artificiality a cold and remote pose, and its characters archetypal cardboard cut-outs rather than fully fleshed-out people, the film is a strained attempt at eccentricity that ultimately reveals itself to be a dramatic non-starter.

Anna (Michelle Williams) is the vacuous, borderline-underage girlfriend of mobster Billy (Meat Loaf), and the deleterious effect of watching her criminal lover murder a restaurateur (Louis Zorich) - coupled with the recent death of her G.I. brother Dan (Wendell Pierce), who perished after post-WWII electro-shock treatments administered at the request of their nasty parents - has left the girl a psychological mess. Fortunately, frightening Dr. Harold Ashton (Bill Raymond) has just arrived in town promoting a newfangled cure-all that strikes Anna's easily swayed fancy: the transorbital lobotomy, which the neurologist claims will eradicate everything from anxiety and insomnia to alcoholism. The "ice-pick lobotomy" - a popular procedure apparently based on historical fact, and so nicknamed because of the primary instrument used - is immediately appealing to Anna, who sees it as the easiest method of coping with her traumatic life. Will she go through with the dangerous operation, thus choosing to forget, rather than confront, her painful memories? Will the town's new resident Tom (Tim Guinee), an honest Korean War vet being blackmailed by Billy, succeed in convincing Anna that lobotomies are a less-than-reasonable therapeutic solution to one's problems? Will Ledes create something coherent out of his symbolism-saturated story?

Continue reading: A Hole In One Review Watch the trailer for Greenberg Roger Greenberg is a middle age man with not a...