The film seems like perfect winter viewing - heavy, but heart-warming and laden with star power. 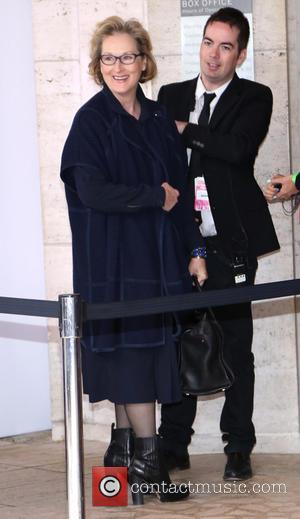 The trailer for August: Osage County hit the airwaves today and, if you didn’t know that was a film you wanted to see, you should now. Generally, just the presence of Meryl Streep on the castlist is enough to get a film onto the list, but August has a lot more going for it as well, with a cast, absolutely packed with star power - Julia Roberts, Ewan McGregor, Juliette Lewis, Abigail Breslin, Sam Shepard, Chris Cooper and Benedict Cumberbatch all star in this tale of a family reunion and a family breakdown and (hopefully) one final reunion. The film, directed by John Wells, centers on a dysfunctional Oklahoma family whose drug-addicted matriarch, Streep, is dying of mouth cancer.

The trailer shows some trademark Streep moments in the film, but it also highlights the roles of Roberst and Lewis as antagonistic sisters and everyone seems to work well enough together to create a believable picture of a family on the brink of collapse. The film is based on Tracy Letts’ 2008 Pulitzer Prize-winning play, which received shining praise on its release in 2007. When "August: Osage County" played at the Ahamson Theater in 2009, Times theater critic Charles McNulty wrote: "The play’s pedigree could be expanded in ways both high and low, but 'August' brews its own distinctive mix of tragicomic gravitas and florid pop." The film adaptation is due for an early November release. Did someone say Oscar bait?