Meryl Streep ruthlessly buries Walt Disney when honoring Emma Thompson at the National Board of Review Awards: "[Walt] was certainly, on the evidence of his company's policies, a gender bigot." 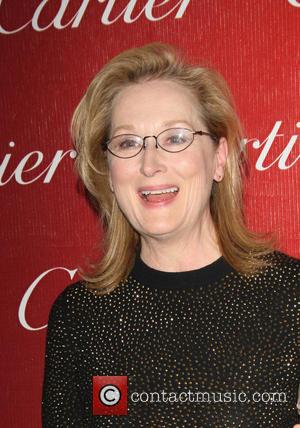 The movie award season is well underway and Tuesday night's National Board of Review Awards was made memorable by the iconic Meryl Streep.

The Oscar winning actress was the highlight of the night after delivering an unforgettable speech when presenting the Best Actress Award to Emma Thompson for her role in 'Saving Mr. Banks'.

What made Streep's speech so unique was the ruthless criticism she made of Walt Disney, labelling him anti-Semitic and sexist.

"Some of [Walt Disney's] associates reported that Walt Disney didn't really like women," Meryl said according to the transcript obtained by Vulture.

Further in the speech she continued, "Disney, who brought joy, arguably, to billions of people, was perhaps ... or had some racist proclivities."

"He formed and supported an anti-Semitic industry lobbying group. And he was certainly, on the evidence of his company's policies, a gender bigot."

The 'Mamma Mia' actress then read a letter from Walt Disney to a young women in Arkansas, who wanted to work on his cartoon training programme, from 1938.

"Women do not do any of the creative work in connection with preparing the cartoons for the screen, as that task is performed entirely by young men," Disney wrote. "For this reason, girls are not considered for the training school."

Streep made a point of explain why she chose to blast the cartoon maker during honouring Thompson.

She chose to do this "in Emma's tribute, because I know it will tickle our honoree, as she's also a rabid man-eating feminist like me!"

The man, who the 64 year-old describes, is totally opposite to the man portrayed in the movie, and is also played by one of Hollywood's most beloved actors, Tom Hanks.

But as the film is about 'Mary Poppins' creator P.L. Travers and her partnership with Disney, it wasn't necessary to expose some of Walt's unappealing qualities.