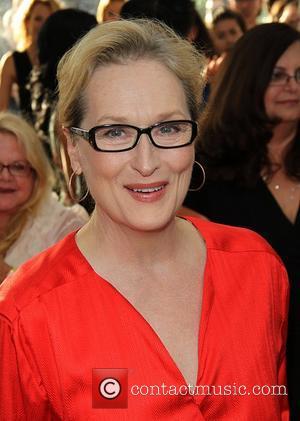 The legendary actress made her Broadway debut in the theatre's production of Trelawny of the Wells in 1975, and was mentored by late impresario Papp, who set up the Public in 1954.

On Thursday (04Oct12), a representative for the company announced Streep has donated the generous amount in memory of Papp and her regular collaborator Ephron, who passed away in June (12).

A statement from the Oscar winner reads, "I give this gift in honor of the founder of The Public Theater, my friend and mentor Joseph Papp, and in remembrance of one of the theater's Board members and greatest supporters, my friend Nora Ephron."