Meryl Streep is ''honoured'' to be up for Best Actress at this year's Academy Awards for her portrayal of former British Prime Minister Margaret Thatcher. 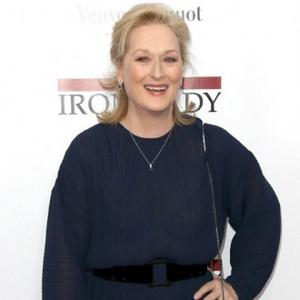 Meryl Streep is "honoured" to be up for Best Actress at this year's Academy Awards.

The two-time Oscar-winning actress - who has now been nominated for 17 Academy Awards - is "touched deeply" after being recognised for the accolade for her portrayal of former British Prime Minister Margaret Thatcher in the Phyllida Lloyd-directed 'The Iron Lady'.

She said: "I am touched deeply by my fellow actors for their generosity in giving me this acknowledgement."

Meryl is the favourite to win the gong, despite facing stiff competition from Glenn Close, Rooney Mara, Michelle Williams and Viola Davis.

Gary Oldman found his first nomination for Best Actor for his role in 'Tinker Tailor Soldier Spy' "extremely humbling" and he was "delighted" to have been recognised for such a prestigious gong.

He said in a statement: "You may have heard this before but it has never been truer than it is for me today - it is extremely humbling, gratifying and delightful to have your work recognised and to join the celebrated ranks of previous nominees."

Gary will go up against Brad Pitt, Jean Dujardin, Damien Bichir and George Clooney - who is up for two separate Oscars, one for his performance in 'The Descendants' and another for Best Adapted Screenplay with 'Ides of March' - for the accolade.

Kenneth Branagh - who has been given a Best Supporting Actor nod for his performance as Sir Laurence Olivier in 'My Week With Marilyn' - is hoping to win his first golden statuette after missing out on an Oscar in his four previous nominations.

Reacting to his latest nod, he said: "I'm absolutely thrilled."

The 84th Academy Awards will take place at the Kodak Theatre in Hollywood on February 26.