Meryl Streep has become friends with Katie Holmes and thinks she would be the perfect girlfriend for her son Henry Wolfe Gummer. 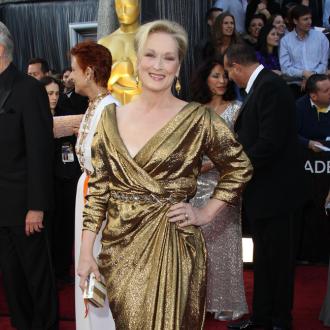 The 64-year-old actress got on well with her 'Giver' co-star - who has seven-year-old daughter Suri with ex-husband Tom Cruise - and when her new friend told her she was ready to find love again, Meryl instantly thought of her son Henry Wolfe Gummer.

A source said: ''Katie and Meryl got on like a house on fire. Katie was quite open about wanting to have a man in her life again and Meryl decided to show her a picture of Henry.''

After agreeing Meryl could give him her number, Katie and Henry - who is based in Los Angeles but spends a lot of time in New York - have been texting and are now planning to meet.

The source added to Britain's Grazia magazine: ''They're slowly getting to know each other. They've texted on quite a few occasions and it won't be long before a proper date is set up.

''Meryl knew they'd have a lot in common. It would be perfect for Meryl too as she'd love for Henry to spend some more time in New York.

''Katie is taking things one day at a time but she's excited about what 2014 could bring and there is undeniably a connection between her and Henry.''