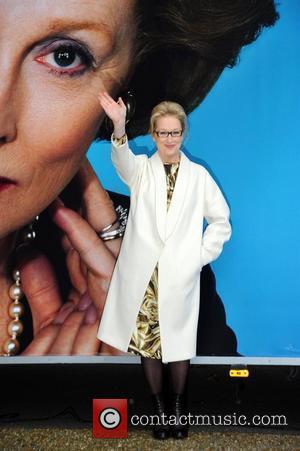 Despite being nominated 16 times previously, Meryl Streep says the Oscars still matter and is clearly looking forward to the 2012 ceremony during which she'll almost certainly be nominated. The actress, 62, is gaining plaudits for her role as former British Prime Minister Margaret Thatcher in The Iron Lady.
Streep first attended the Academy Awards almost 30 years ago, following her supporting role nomination for 'The Deer Hunter', with Robert De Niro. The following year, she rightly took the same prize for Kramer vs Kramer and also scooped the Best Actress award for 'Sophie's Choice' in 1982. Since then, she has been nominated 12 times but has left empty handed every time. She is now considered the frontrunner for the 2012 awards and told Bbc Radio she still cares about the Oscars, saying, "Sadly it still matters.It's so exciting, it really is. I remember the first time I went and (Laurence) Olivier was here and I was next to Gregory Peck and Bette Davis was behind me.I mean, I've been going to that thing for many years but it's still the one". Although the overwhelming favorite with the bookmakers, Streep is likely to face competition from Michelle Williams, whose turn as Hollywood icon Marilyn Monroe in 'My Weekend with Marilyn' is winning the plaudits. Viola Davis is also expected to be nominated for her role in The Help.
The 2012 Oscars will air live from Beverly Hills on Sunday (February 26, 2011), with veteran comedian Billy Crystal hosting for the ninth time.