Meryl Streep and Jennifer Lawrence provided the evening's blunders, during the 2013 Oscars ceremony 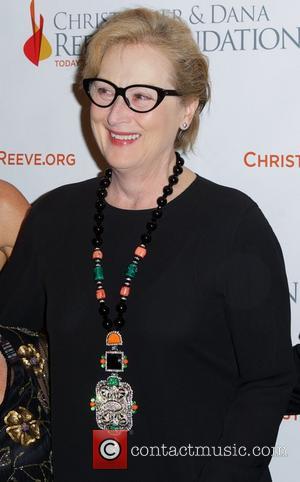 Very few things in life go off without a hitch, and while last night's Oscar was an utter triumph there were a few blunder and trips (literally) along the way. Meryl Streep surprised everyone when it appeared she didn't even need to open the envelope of Best Actor to know Daniel Day-Lewis had won, and Jennifer Lawrence (perhaps amid the shock of her Oscar Win for Best Actress) tripped up the stairs on the way to collect her award.

Speaking about Streep's blunder, Oscar Director Don Mischer told EW about his surprise as well. "[S]he threw me for a loop!" he exclaimed. "I want to see the envelope opening up as I'm coming out of the film clip. She must have opened it up during the film clip. That kind of threw me. There was a technical hitch right there. I like to cut to these boxes where you see everybody and the winner pops up full. She said the winner before we could ever blow up the box with the winner!"

Jennifer Lawrence is endearingly earnest in interviews and when it comes to awards shows she can't leave without having done something to talk about. At the Globes this year she said "I beat Meryl!" which everyone misunderstood, and at the SAG awards there was another misunderstanding when it appeared her dress had ripped, where it was in fact part of the design. Tripping up the stairs though, that's something that can't be mistaken. Of that, Mischer said: "I was really happy when we realized she was not hurt and could survive the whole thing, get up there and react. It was quick and painless. Those are the things that happen with live television!" Jennifer Lawrence with Jean Dujardin at the Oscars