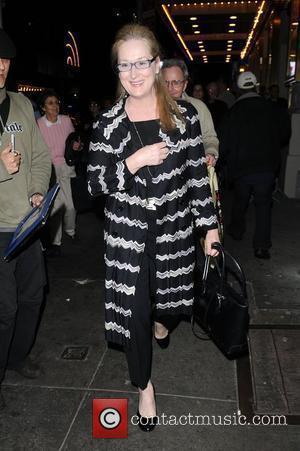 Fans who got a sneak preview of Meryl Streep and Kevin Kline's new play were left so unimpressed by the performance, some walked out after just 20 minutes. The Hollywood stars appeared in BERTOLT BRECHT play MOTHER COURAGE AND HER CHILDREN earlier this week (begs07AUG06) at New York City's Delacorte Theater. But despite many audience-members queuing for hours to see the show, some became bored by the production's heavy content. The New York Post reports around 100 members of the 1,892-strong audience left early, with one theatre-goer quoted as saying, "Meryl is brilliant, but the play itself is boring, tortuous - it needs judicious cutting. "A number of people left after 20 minutes. Many didn't return after intermission and then, three hours in, during a long song by Kevin Kline, they were pouring out." The show's publicist ARLEE KRIV insists no cuts will be made to the play: "The show is what it is - a long show." Kline took over the role of THE COOK from Christopher Walken, who dropped out last month (JUL06).