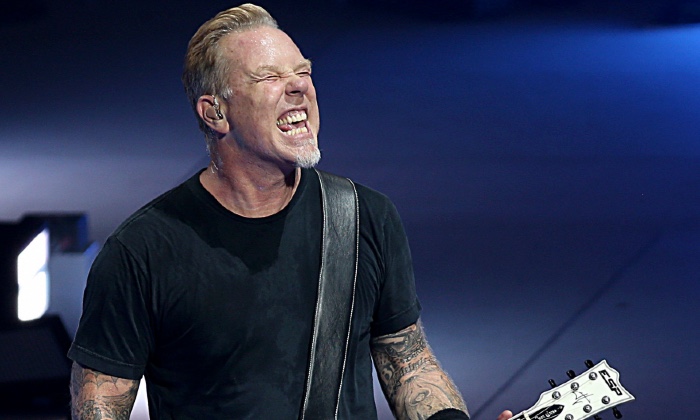 If it sounds unlikely, you’re not the only one to be sceptical as Farrier himself also doubted the story until he sought out the truth from New Zealand Registrar-General Jeff Montgomery (plus, he claims to have actually seen the birth certificate).

“I become a bit suspicious when she also included Metallica’s best album “...And Justice For All” in her kid's name,” he said on Twitter, before revealing the message he got from Montgomery.

“There are no restrictions on naming babies after bands or albums as long as the word used is not generally considered to be offensive and does not resemble an official rank of title,” he explained.

“This particular baby was registered in 2009 by the previous Registrar-General. A similar application made today is likely to also be approved.”

Many readers of the story expressed concern that the children would be bullied for their names or not taken seriously when it comes to finding a career in their adulthood, while others pondered more important questions like: Why wasn’t the kid named Metallica “Master of Puppets”?

We don’t really have the guts to take too much of a stab at these baby names - the same woman is apparently a big fan of crossbows too, according to Farrier. We don’t think it’s possible to be more metal than that. Plus, raising three children is equally pretty metal, so who cares what she decides to put on the birth certificate?

Unfortunately, no members of Metallica or the now disbanded Slayer and Pantera have commented on the story but we really hope they see it at least. Farrier reckons the mother deserves free metal gigs for life, and we have to agree with him.

We’ll update you just as soon as the woman’s daughter “Iron Maiden” is born… We’re kidding. At least, we hope so.

thread 1/4: proud to report that a new zealand mother has named her children metallica, pantera and slayer. she told me "it’s not easy raising three of the heaviest bands": https://t.co/kiXGTrr60A