She finally speaks about her relationship with Woody Allen.

Soon-Yi Previn has finally broken her silence over her relationship to Woody Allen, following the resurgence of sexual assault allegations by his adoptive daughter Dylan Farrow that are threatening to derail his film career in the wake of the Time's Up and MeToo movements. The 47-year-old Korean-born daughter of Mia Farrow has opened up about the controversy that has surrounded Woody Allen for 25 years in a new interview where she details her apparently turbulent upbringing and the history of her relationship with her mother's ex-boyfriend.

Continue reading: Soon-Yi Previn Goes On Record About Her Upbringing With Mia Farrow By Elinor Cosgrave in Lifestyle / Showbiz on 18 October 2015

Frank Sinatra allegedly asked Marilyn Monroe to marry him to ‘save her from herself’, a new biography claims.

A new Frank Sinatra biography has revealed some interesting details about the crooner’s obsession with Marilyn Monroe and their long, turbulent relationship. New details have come to light suggesting Sinatra was besotted with Monroe and even proposed to her.

Frank Sinatra and Marilyn Monroe photographed together in 1962 at Sinatra's house in Nevada.

Directed by ‘Going Clear’s’ Alex Gibney, ‘All Or Nothing’ is a sympathetic look at Sinatra’s life through his music.

As one of the most recognisable voices of the 20th century, much has been written about the colourful life of Frank Sinatra in the years since his death in 1998. But this Sunday night (April 5th ) on HBO, Alex Gibney’s latest documentary All Or Nothing will attempt to provide the most in-depth look yet at both the singer’s career and personal life.

The songs he chose tell the story of his life. #Sinatra: All or Nothing at All, April 5 and 6: http://t.co/Cz6aMiiYdu pic.twitter.com/zIu6sDNGj3 By Lauren James in Lifestyle / Showbiz on 06 February 2014

Stephen King has been compelled to apologise profusely after comments that he made regarding Woody Allen's daughter, Dylan Farrow, and her claims that her father sexually abused her when she was a young girl. In a tweet that has now been deleted, the author wrote after reading about the story: "Boy, I'm stumped on that one. I don't like to think it's true, and there's an element of palpable bitchery there, but..."

Many reacted with outrage towards King's words with the phrase "palpable bitchery" seeming to provoke the most concern. The writer has since tweeted a series of apologies in the hope of smoothing things over: "Have no opinion on the accusations; hope they're not true. Probably used the wrong word," he wrote, adding "Still learning my way around this thing. Mercy, please." By Victoria Pavlova in Lifestyle / Showbiz on 03 February 2014

The accusations originally raised in 1992 have been revisited in an open letter by Dylan Farrow.

Trouble has been brewing for Woody Allen since the Golden Globes and the now infamous tweets from his son Rohan Farrow. The scandal finally hit a breaking point last Saturday, when Dylan Farrow accused him in an open letter published on the New York Times website of molesting her in a "dim, closet-like attic" at the age of seven. At the time, Allen was investigated, but never charged.

Woody Allen is yet to respond to the allegations directly.

The director is yet to respond directly to the allegations, but his publicist Leslee Dart issued a sort of placeholder statement on his behalf, saying that Allen would respond “very soon” and pointing out the findings of the original investigation.

Woody Allen's adoptive daughter, Dylan O'Sullivan Farrow, has penned an open letter in which she details the abuse she allegedly suffered at the hands of her father.

Woody Allen and Mia Farrow's adoptive daughter, Dylan O'Sullivan Farrow, has published an open letter detailing the abuse she allegedly suffered at the hands of Allen. Farrow and Allen were in a relationship from 1980 and had one biological child, Ronan 'Satchel' Farrow, together and adopted two children, one of whom is Dylan. The couple separated in 1992 when Farrow discovered Allen was having a relationship with her adoptive daughter, Soon-Yi. During the subsequent custody battle, there were a number of allegations made against Allen relating to alleged abuse of then 7-year-old Dylan. The case was brought to court in September 1993 and a number of rulings dismissed Allen's abuse charges, according to The American Law Library. However, the Connecticut State Attorney Frank Maco, announced that he had "probable cause" to prosecute Allen, he was dropping the case in order to protect Dylan from "the trauma of appearing in court."

Katy Perry wants to use her fame and fortune for good and plans on doing so with her new role as a Unicef Goodwill Ambassador. On Tuesday, 3 December, Perry joined the ranks of David Beckham, Orlando Bloom, Jackie Chan, Mia Farrow and more in pledging her time to the charity, following a gala event held by the charity in New York City. "Katy Perry is already a champion for children, and we look forward to hearing her 'roar' on behalf of UNICEF. We are delighted that she is joining us as UNICEF's newest Goodwill Ambassador and lending her remarkable voice to amplify the voices of children and young people around the world," UNICEF Executive Director Anthony Lake said at the 9th annual Snowflake Ball, held at Cipriani on Wall Street (via Ace Showbiz). 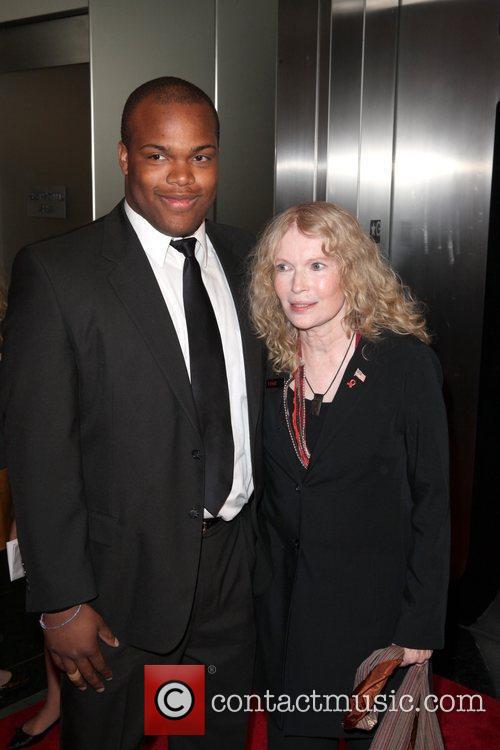 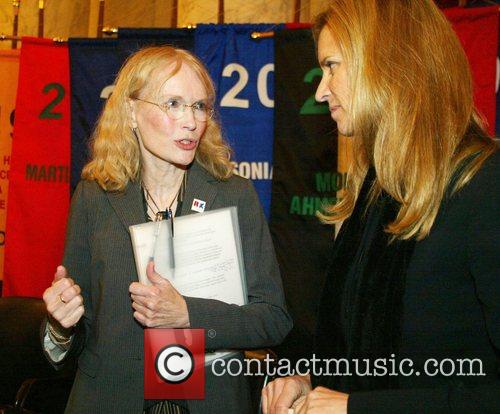