Barrymore filed a lawsuit claiming £2.4 million in damages for his 2007 wrongful arrest by police over the death of Stuart Lubbock.

A high court judge has ruled that former entertainer Michael Barrymore is entitled to more than nominal damages from Essex Police over the wrongful arrest which the star says destroyed his career more than a decade ago.

Mr Justice Stuart-Smith ruled on Friday morning (August 18th) that the defendant in the case, the chief constable of Essex Police, “has failed to prove that, if not arrested unlawfully as he was, Mr Parker could and would have been arrested lawfully,” adding that Barrymore “is entitled to recover more than nominal damages.”

65 year old Barrymore, who brought the lawsuit under his real name of Michael Ciaran Parker, values his claim at £2.4 million. While the judge did not specify the amount he should get, as the hearing only dealt with the preliminary issue of the level of damages to be awarded, this represents a significant victory in Barrymore’s claim. He was arrested and detained in June 2007 on suspicion of the rape and murder of 31 year old Stuart Lubbock, who was found dead in the star’s swimming pool at his home in Roydon six years before that, following a party where drugs and alcohol were consumed.

Essex Police had admitted that the arrest was unlawful, as the arresting officer did not have reasonable grounds to suspect that Barrymore was guilty. However, the force then argued that they could have arrested him lawfully, when Barrymore filed his claim for substantial damages, arguing to the court that the damages should be restricted to a nominal £1. This was what the court rejected, saying that no officers were on hand who could have been correctly briefed to make the arrest lawful.

Barrymore was a hugely successful TV comic and presenter, fronting extremely popular shows such as ‘Strike It Lucky’ and ‘My Kind of People’ in the eighties and nineties.

However, the incident in 2001 and the fall-out from it, which was splashed all over the tabloid papers at the time, effectively destroyed Barrymore’s career as no broadcasters wanted to be associated with him. 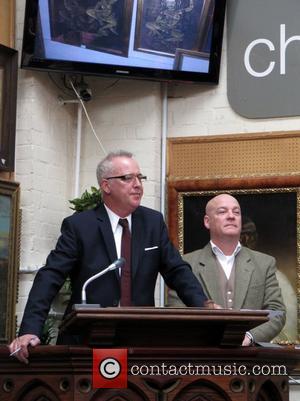