Bay: 'Transformers 2 Was No Good' 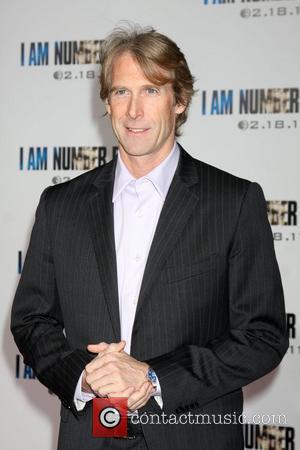 Moviemaker Michael Bay has accepted his Transformers sequel was "c**p, insisting the 2007/2008 writers strike turned the film into a rushed mess.
Bay is back in the director's chair for the third Transformers film, Dark of the Moon, and he insists that's a must-see movie, whereas his last effort was not.
He tells Britain's Empire film magazine, "We made some mistakes... When I look back at it, that was c**p. The writers' strike was coming hard and fast. It was just terrible to do a movie where you've got to have a story in three weeks.
"I was prepping a movie for months where I only had 14 pages of some idea of what the movie was. It's a BS way to make a movie."
The film's star Shia LaBeouf has agreed with his director's comments - when asked about Transformers 2: Revenge of The Fallen, the actor recently said, "We got lost. We tried to get bigger. It's what happens to sequels. It's like, how do you top the first one? You've got to go bigger.
"Mike went so big that it became too big, and I think you lost the anchor of the movie... You lost a bit of the relationships. Unless you have those relationships, then the movie doesn't matter. Then it's just a bunch of robots fighting each other."