Just What Exactly Happened To Michael Bay On The Transformer 4 Hong Kong Set? 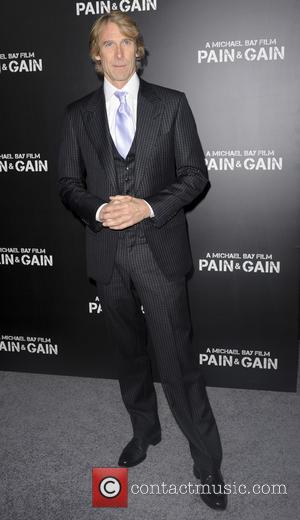 Michael Bay was attacked during filming for the fourth instalment of the Transformers franchise in Hong Kong, but exactly what happened still remains in doubt. Two conflicting stories have been released describing the event, one from the Hong Kong Police Department, and another from Paramount Pictures - who are financing the film. Surprisingly, none of the reports mention the fact that the attack was done to prevent Bay from making another Transformers movie, which makes this case all the more unusual.

A police spokesperson issued a statement on behalf of the Hong Kong Police Department, via the South China Morning Post, saying that Bay was attacked by two brothers, both with the surname Mak, who owned a shop nearby the set of Transformers 4: Age of Extinction. The statement goes on to say that the pair approached Bay, unarmed, demanding 100,000 HK dollars ($13,000) from the director, and when he refused they both began attacking him. The brothers also allegedly attacked three police officers that were called to the set and who had attempted to assist Bay.

The statement went on say that Bay only suffered minor facial injuries and refused medical assistance, adding that the brothers aged 27 and 28, were arrested and face charges of blackmail, assault and assaulting police officers.

On the contrary, Paramount Pictures have released a statement giving a completely different, and much stranger, account of the incident. According to their report, Bay was attacked by a man wielding an air conditioning unit who ran on to set and swung it at the director's head, with Bay ducking out of the way and wrestling the unit out of the assailant's hands. Police then arrived and arrested the man and his two companions, and no one on set was injured.

Both accounts state that the attack occurred during the first day of filming in the Special Administrative Region of China, on Thursday, 17 October, however the massively conflicting statements don't really make it clear as to what exactly happened.

Bay has released his own statement too, via his own website, that states that the attacker was "drugged up" and was part of a group of locals who had been taunting the film crew all day, trying to "shake us down." His statement goes on to say that on-set security subdued one of the attackers, and four more were arrested for assaulting police officers who had arrived later at the scene. His statement confirms he was attacked with an air conditioning unit and goes on to describe the attacker as "like a Zombie in Brad Pitt’s movie World War Z," adding that the assailant "lifted seven guys up and tried to bite them."

His statement (which is really worth a read) goes on to state, "He actually bit into one of the guards Nike shoe, insane. Thank god it was an Air Max, the bubble popped, but the toe was saved."

Extortion attempts on film sets, not just in Hong Kong but across on-location sets throughout the globe, aren't a new phenomenon. Over the years local residents have been known to deliberately disrupt filming, by making noise for example, in order to receive a pay off. Attacks with air conditioning units by zombie-like He-Men on the other hand are not a usual occurrence.

Transformers 4 is out next year